A few things stand out from Bonnaroo's eclectic 2022 lineup

After scrapping two consecutive events (including an optimistically delayed 2021 fest), Bonnaroo has announced its 2022 lineup.

Recently rumored to include some unexpected picks, the eclectic roster is indeed an interesting one, with rock favorite Tool leading along with the formidable Stevie Nicks (who canceled her 2021 festival appearances due to Covid spikes) and J. Cole. Then there's The Chicks, who stand out because they're not usually on the festival circuit like many of the others, such as Machine Gun Kelly, Flume, 21 Savage and others, who are also on the lineup.

It's a mixed bag of a lineup, and with names like The War on Drugs, Lord Huron, Robert Plant & Alison Krauss, Nathaniel Rateliff and Herbie Hancock, it seems the fest is either trying to lean a little into its old form or perhaps distinguish itself from the sameness of the big festival players, who all seem to share many performers in past years. In a way, last year kind of didn't count because it was such a wild card after 2020 canceled most of live music. But in 2022, it's anybody's guess whether we return to the repetitiveness of festival rosters or if there is a little more variety.

Of course, the uncertainty that forced most fests to wait until later in the year in 2021 to host their events might also be at play again for this year, as the behind-the-scenes drama with Coachella (also trying to make a comeback after two years off due to Covid) suggests. Pre-pandemic, the Indio, California fest typically announced its lineup bright and early in the first week of January, before Bonnaroo. The fact that Bonnaroo is announcing its lineup and Coachella is apparently still looking for a third headliner could mean another series of "interesting" festival lineups the rest of the year—or that we're just not fully back yet. 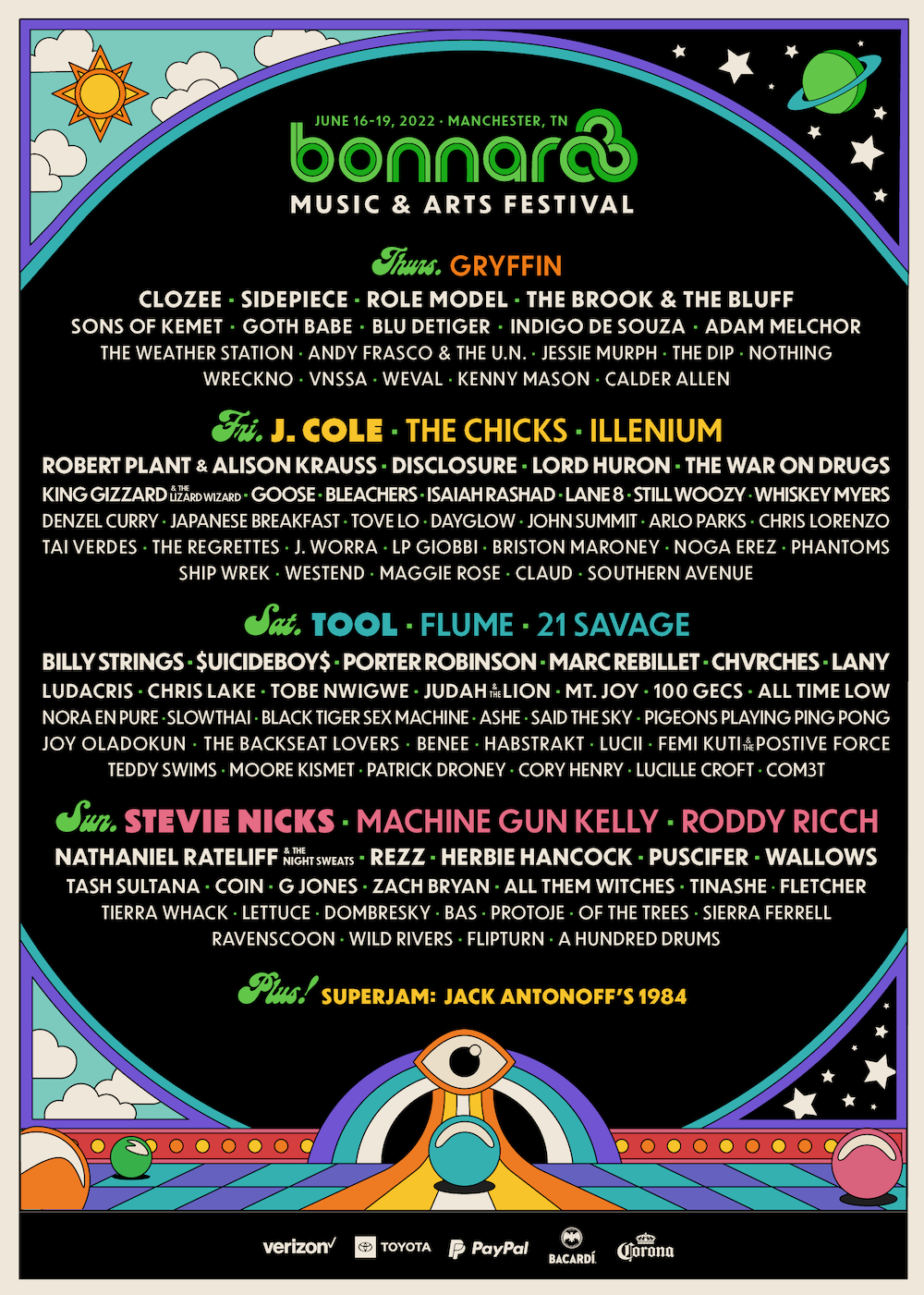