For many festivalgoers, Coachella's two-weekend stint in the middle of April is the official start of festival season. Or perhaps the massive mid-March conglomerate that is Austin's SXSW serves as the unofficial kickoff?

As III Points Festival approaches later this month, the Miami fest is making a really convincing case for the spotlight, suggesting fans don't need to wait until April—or even March. Now in its sixth year, the three-day event has moved from October to February, while boasting a pretty hefty lineup, topped by the likes of Tyler, the Creator, SZA, James Blake, A$AP Rocky, Erykah Badu and Beach House.

With a number of the big festival players having announced some questionable or sleepy 2019 lineups, III Points may actually have one of our favorites so far. Sure, there's no Childish Gambino. And Phish isn't playing a ridiculous, if not comical, three full sets. But it's stacked even beyond the headliners, with performances from The Internet, Pussy Riot, Ty Segall, SOB x RBE and Blood Orange.

This year's lineup also includes some rather unique inclusions, such as DJ sets from Toro Y Moi and LCD Soundsystem mastermind James Murphy, both of whom are scheduled to appear during the three-day event, which is set for Feb. 15-17.

As the festival landscape in the States continues to shift, with multiple annual fests either calling it quits or being put on hold this year, III Points stands out as an event that can attract relevant, top-tier names while also distinguishing itself from the plethora of increasingly identical mainstream fests.

For those in South Florida (or with the means to get there), tickets for III Points are still on sale as of this writing, and entry costs a fairly reasonable $208 for the full weekend.

Variance will be on the ground next week during III Points. Be sure to check back for our coverage, which can be found here. 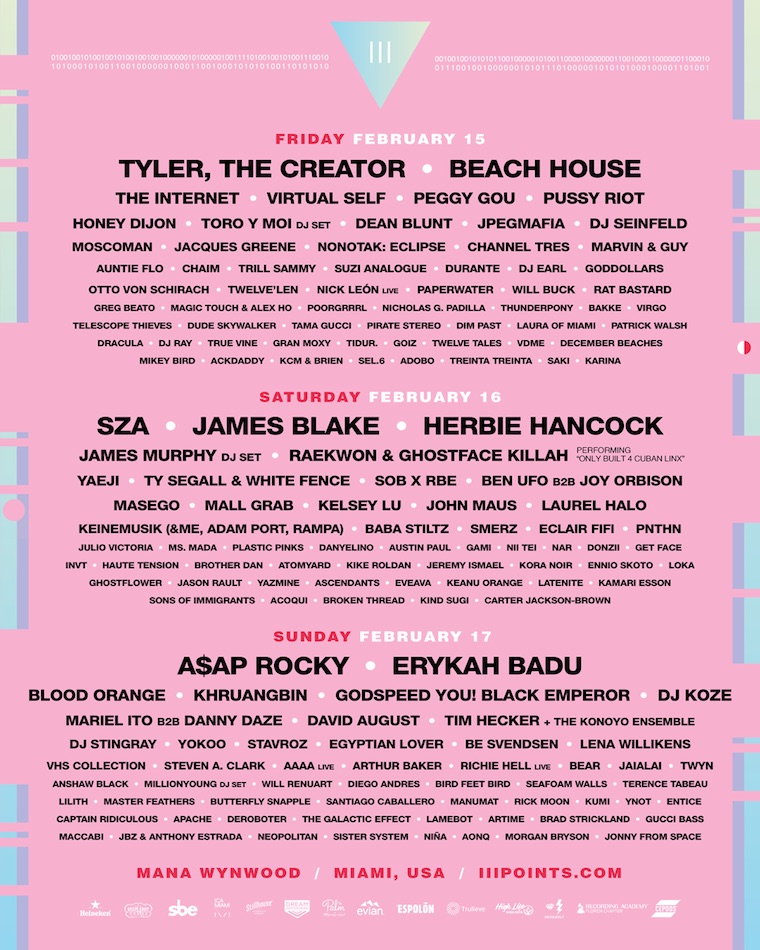