In Conversation: Lo Moon’s Matt Lowell on Meditative Debut That Takes Its Time 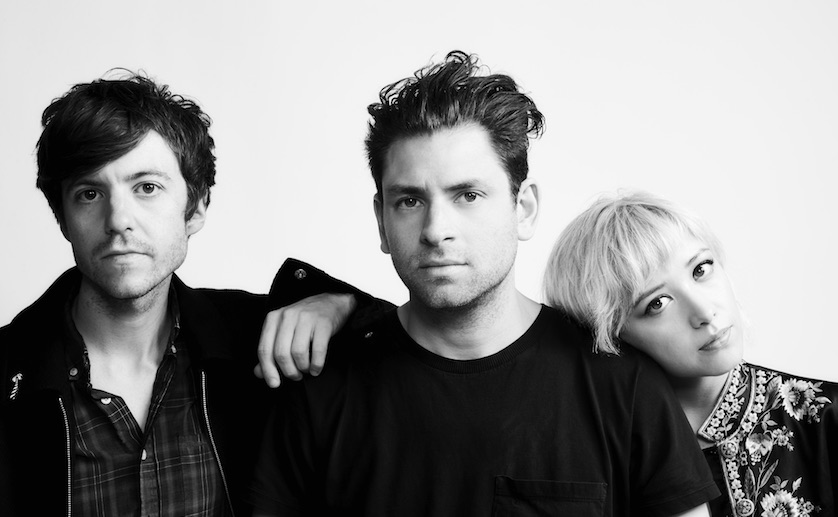 When Lo Moon’s “Loveless” debuted on streaming services in 2016, listeners were taken with each second of the slow burning seven minutes the song ebbed, flowed and peaked through the epic tale of a waning love. Gossamer vocals floated over unwavering drums, with flourishes of melodic guitar riffs and twinkling keys—we were hooked. Then there was silence. No further word about the mysterious band or song for months.

A handful of singles followed last year, and they finally released their self-titled debut in February, this year, with a headlining tour that kicks off this week. The thread that binds Lo Moon is the same meditative strain found on “Loveless” but none are as immediately beguiling as that first single. Fans chasing that one sonic high may not be satiated. One of the first reviews out was caustic, barbed and awarded them a meagre 5/10.

We speak to Lo Moon frontman Matt Lowell, ahead of their tour, about making meditative music in a time of harried right-swipes. And we go back to why he picked up the guitar to start songwriting in the first place. He also pulls back the curtains on how the trio—which includes Crisanta Baker and Sam Stewart (son of Dave Stewart)—bonded in silence as they jammed for hours; experimenting, evolving and constantly improving the 10 songs that finally made the cut for their debut.

Congrats, your album is finally out. “Loveless” was such a great first single—that and some of the other songs you’ve been working on since before you had a band, how does it feel to have Lo Moon out in the world now?

It’s nice to see people getting into it. I think it’s an album that you need to spend some time with, let the songs bloom, and that’s a good thing. “Loveless” was out there for nine months before anything else, it lived out on an island by itself and people hold that song in high regard so it’s just going to take some time for the other songs to find some love. But there’s going to be tons of people who may discover the other singles, then come around to “Loveless.”

I saw you got a 5.0 on Pitchfork. You’re proper rock stars now!

Yeah, super sweet. It was a great review. (Deadpans) I don’t know how much of it was about the music? Lesson 1: Don’t read reviews.

It was an entertaining read, but it has to be taken with a pinch of salt.

It was entertaining to read as the lead singer, too, for the first minute. Then I was like, ‘Wait a sec, this is going horribly bad.’ (Laughs) If I am being completely honest, that first day was tough for me. It’s Pitchfork; they hold some weight. And you’re right about taking it with a pinch of salt, but as the artist, it’s hard. Now, it’s two days removed and I care less.

I did find myself hoping the rest of the album would deliver that same instant high that “Loveless” did. But once you realize that it’s really an exercise in meditation—Eno-esque in its appeal—and step out of that fast lane, each song starts to show it’s own color and mood…

To be honest, I think there’s two parts to what you just said. The first part is, it shows the kind of world we’re in today. Don’t get it: Swipe right. Looks good: Double tap that. It’s very fast. The second point is that idea for the album was to do something that felt genuine and emotive for us. And that takes time. When the record was done, I said to the band, ‘We’re gonna have to sit in a corner and people are going to stare at us. We have to be ok with it; otherwise, we’re gonna be really bummed when people don’t flock to it immediately. But they will come around.’ All my favorite music is like that so I believe that. We know it’s not the zeitgeist of music right now.

Let’s go back a bit. How did you get to know Crisanta Baker, and what was it that made you want to be in band with her? Because you’ve been around a lot of muso-types since heading to Berklee College of Music then working in a studio in New York.

There was something about her energy. I’m really reactive when it comes to somebody’s positive energy when they can just go, ‘Yeah, that’s good, let’s do it.’ Not so much when they say, ‘Yeah, I don’t know, let’s give it some time and if we haven’t played the Roxy yet, hmm, then, maybe?’ You’re either in or you’re not. Crisanta heard “Loveless” and loved it, then I showed her the rest of the material and she loved it. And I said, ‘Do you want to create, get into a rehearsal space, every day, for the next six months?’ I was writing all day and she was balancing working in a coffee shop and coming to the studio at night. That love for music and developing her own talent, I think we’re all like that—me, Crisanta, Sam and now our drummer, Stirling. If you met us four years ago we were completely different people in every aspect of our lives; but they’ve all been great at trusting this vision and getting on board. I think music is collaborative and you need people around you who are going in the same direction. The industry is really tough. If you’ve been around any band, five percent of it is fun, and the rest is pure work. You have to love the work too. And she does.

Sam was the crucial third piece to the puzzle. He’s been in other bands, notably with his brother—who is a very flamboyant frontman. In contrast you appear, understated. Did you all have reservations going into this?

Reservations? Yes. When I said to Sam, ‘I’ve a band. Here’s the music,’—actually, he got it from a mutual friend—he reacted to it, loved it and we met up. We got along really well, then got a room and played krautrock for a good five hours. The next day, I called him up and asked him to be in the band. He had a lot of questions, including, is it going to be like a major label thing? I just said, ‘We’re going to just stick with the music and see what happens.’ And he said, ‘I’m so in.’ We’ve spent every day together for the last three years. He’s like my brother. The thing is, everyone in this band has such a unique voice. I’m a control freak and have a vision, but they all contribute immensely to it. We all take our roles very seriously. And Sam is a just an incredible musician and I’ve learned so much from him.

What song or which moment did you guys have where you were like, ‘Wow, this is something special, now we’re a band’?

Really early on we’d be hanging out and working in my studio (The Shed). We wouldn’t talk for five or six hours, just jamming with two chords. We’d eventually stop when one of us would realize we hadn’t eaten all day. I took that as a sign that we all really wanted to be there. And then when we got to the studio to record, there was one specific moment with “Loveless”. We were trying to finish the bridge. There was something to still figure out. Crisanta was playing this beautiful arpeggio on piano and Sam playing the harmonium and I, this little synthesizer – we basically just did what we were doing in The Shed, and just jamming. I remember thinking, ‘Damn, I think we made ‘Loveless’ better!’ We were also in the studio when the Bataclan shooting happened. I wrote a piece on piano. Chris Walla was affecting it with tape loops around it. Sam was playing his thing and Crisanta hers. We were all reacting to each other, jamming. Together there was just this energy; it really made me think, ‘This is where I need to be.’

You worked with Chris Walla in his Seattle studio. What was the experience like?

We recorded the album over the course of about a year and a lot of it was done with Chris, at his studio, called The Hall of Justice; some at The Shed, and the War On Drugs studio down the road from me. When we’d go to Seattle, we’d also set up our Airbnb as a sort of B studio. There we would develop things that weren’t fully realized yet, away from the tracking that Chris was doing. There’s this submarine quality about a studio. There’s also this 11 p.m. “wow-this-is-so-great!” feeling and the next morning you come in and go, ‘Wow, that sucks! Now we have to start again.’ When the 11:30 p.m. last listen and the 10:30 a.m. first listen come closer together, that’s when you know you’re getting closer.

I heard you were an athlete whose life could have easily gone down a different path when you got into music. What prompted this shift? What music were you listening to at the time?

I played the drums at that time and was really into Weezer, Nirvana and Oasis. I went to a boarding school in New Hampshire to play hockey and met the music teacher there—whose name was funnily enough, Clive Davis—he was just so sweet and encouraged me to join the glee club. I was an athlete but loved to sing and play the drums. I really fell in love with it all. Then, my sophomore year of high school, 9/11 happened and I just picked up the guitar, and wrote my first song. After that I don’t think I played drums much.

What was it about how you were feeling that encouraged you to write?

I think it was because I was away from my family. My sister worked downtown in New York but I couldn’t get in touch with anyone. Being from New York myself, it was the feeling of loneliness and being afraid. I was at boarding school and we watched the second plane live in the common room; it was all that emotion. You’ve said it before, music is meditative for me, it’s cathartic. When people meet me it becomes obvious that I have a Type A personality and they’re surprised because the music I make is the opposite; it’s so meditative. I think I use the music to help calm the other side of my brain. Maybe one day I’ll make a more rambunctious album.