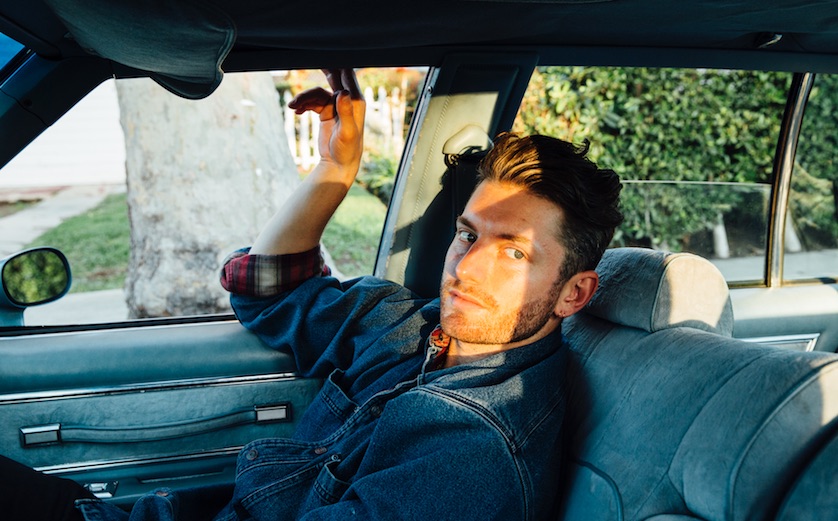 Marc E. Bassy is coming off a busy year, following the success of his hit singles like "You & Me," featuring G-Eazy, and KYLE-assisted "Plot Twist," both of which appear on his recent album Gossip Columns, his debut on Republic Records.

While the record was perhaps a long time coming, it also gave the singer—formerly part of the pop group 2AM Club—to show his maturation as an artist.

He recently wrapped an abbreviated tour with Bebe Rexha, but he has a number of European and U.K. dates planned through December. And he's already working on new music.

Check out our conversation with Marc E. Bassy and stay tuned for his new "Til I Get Found" video, which is coming soon.

So, you're already working on new music?

Artistically, I’m always on to the next thing. Now it’s all about the live show and making that as good as the album. But then creating new music in the future. It’s also, like, shit, the album is out and we have to promote it. Our life depends on it. And that’s an interesting feeling.

Considering you've been building for a while, did you feel pressure to get it right with the album?

There’s always a competition you have with yourself to create the best work of art that you can. But no. I mean, I feel pressure to have a hit song. Shit. I know the feeling when you have a song that starts building and the energy that is created around that. But that’s a detrimental path to go down. It’s funny because in my group we listen to these songs and we know they’re good songs. We believe in them. Now, translating that to the public is the challenge.

You’ve mentioned how you sensationalized some of the stories you tell on the record. Do you feel like you had to hold back to make it not so explicit?

When I said that, I was thinking more about the album title and the album as a whole, and how I sensationalized the lifestyle. But in my writing, I’m pretty fucking literal. In terms of—the stories I’m telling are personal. It’s all my experiences and it’s all real, but it’s more about expanding that narrative. Like, you’re doing something extravagant or crazy and you turn it into a whole song because you kind of present a snapshot. It probably wasn’t that crazy, but the sensational part is that we turned it into a song to begin with. The fact that people care who this person is sleeping with or what they’re doing. That’s what that shit turns into. But that’s my inspiration. It’s weird, but it is my story, not Kim Kardashian’s or whoever. Kevin Spacey.

No, seriously. I think I had heard stuff like that 50 times. That’s what Gossip Columns is about. I’ve been living in Hollywood and hearing these rumors—just at a party, someone will some offhanded shit. And now you’re like, shit, there it was. It’s too real. 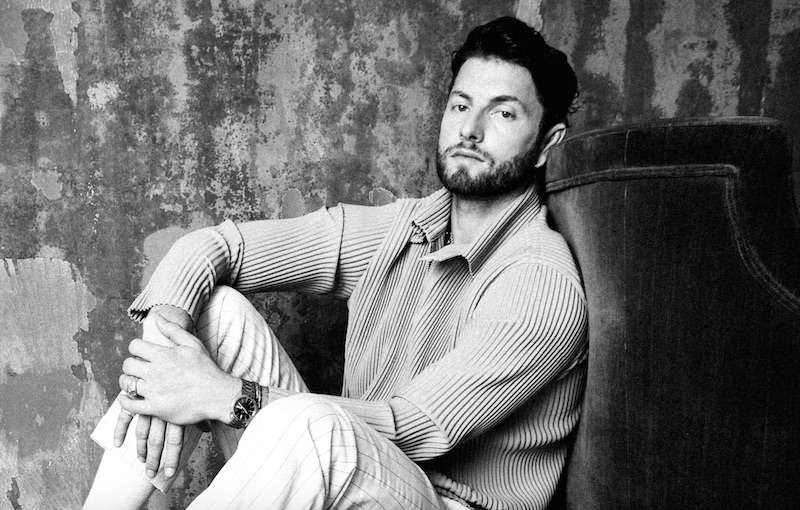 So here’s the thing. You’ve been here before. Do you feel like you learned from your first record deal what to do—or not to do—to get to this point?

Yeah. Everything in life is a lesson. Nothing was a failure. But I think now I feel confident and like I belong. And it’s taken a long time to get to that point … the years with 2AM Club, that was my college. I learned so much and it’s all because of that. We just didn’t know what the fuck we were doing. But we knew music. Our keyboard became Macklemore’s keyboard player, our drummer plays with Lady Antebellum … so much talent.

And then you had the tour with Bebe Rexha…

It was crazy because we wrapped the first leg of the tour and it was sold out. But the rest of it got canceled because she has to get vocal surgery. So that’s why I sound kind of deflated. It was a lot of fun and we’ve got stuff going on. It’s a great time. It’s ironic because when the album was coming out, I was thinking, everything is great. I have a nice car, the album coming out, beautiful girlfriend, the tour. It was too perfect. And of course, it got fucked up. Broke up with my girlfriend. The tour. But I don’t dwell on that.

But all things considered, it does seem like you’re having a bit of a moment in your career. “Plot Twist” has done well and things seem to be going up.

Yeah. Oh, you’re right. But the song off the album I’m really most excited about—even for radio—is “Til I Get Found.” It’s kind of this ‘90s dance song and I had it for a long time, but the label wasn’t on board at first. But we just shot this dope, Lenny Kravitz-inspired video for it. I’m really excited about it. Like, the video will just make you want to dance. ■