Q+A: The Shadowboxers on New Music, Working with Timberlake 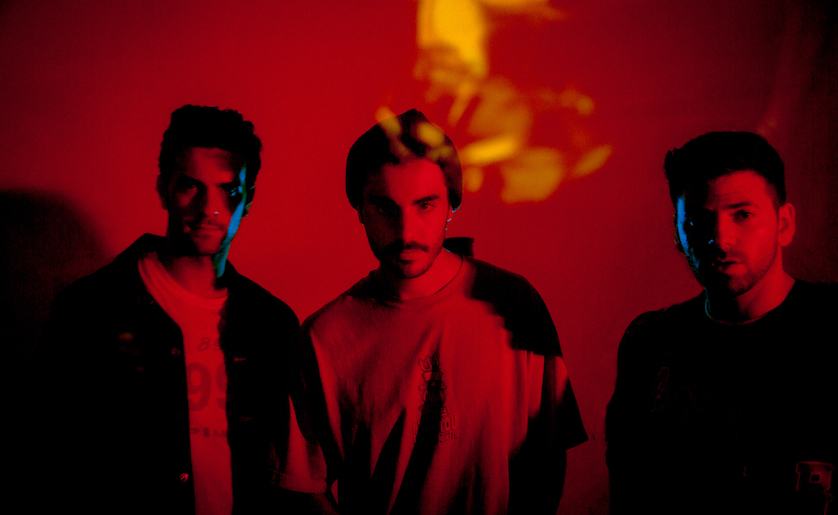 After recently sharing their buzzy new single "Hot Damn!," Nashville R&B-pop outfit The Shadowboxers are playing a series of shows this week in New York and building momentum as they work on new music.

The trio, comprised of Adam Hoffman, Matt Lipkins and Scott Tyler, was discovered by Justin Timberlake, who actually signed them to his Villa 40 label and has been working with him on their upcoming debut full-length.

Before their shows this week, which also include stops in Philadelphia and D.C., the band talked with Variance about navigating the music industry, hitting the studio with Timberlake and their upcoming plans.

Check out our Q+A below and see their shows at Brooklyn's Music Hall of Williamsburg on Friday and the Bowery Ballroom in New York on Saturday. Tickets are available here.

It seems like you guys have been really busy lately and you've got the New York shows this coming week. How are you feeling right about now?

Adam: We have been really busy but, for the first time in our career, we’re actually dying to be really busy. So we’re pumped that we have no time off right now.  And so excited that we’re going into New York, which is one of the cities we’ve played the most of anywhere. It’s also a city where every time we’ve gone the crowd has grown. We’ve had 30 people at the Bitter End, we’ve played Pianos a couple of nights—Mercury Lounge, Bowery Ballroom once before and now we’re doing Bowery again and Music Hall of Williamsburg. And the crowds just keep growing and getting more energetic each time. It’s absolutely one of our favorite places to play in the world.

Scott: And also New York is where we recorded over the summer with Justin, so a lot of the songs that are most significant to us that are going to be on the next record and are the statement we want to make to our fans were born and built in New York. So it feels really nice to almost return them back to their city.

The band has gone through quite an evolution, with plenty of ups and downs. What is the biggest lesson you've learned?

Scott: Compromise and a willingness to let the creative tide flow and follow it. I don’t think any of the transformations we’ve made were forced, it was always a natural progression. If creative people in a group get together and it’s static, I think that’s weird. We grow together and are influenced by things along the way and are constantly are going to change, even now. Even the sound that we have now, which is something we’ve created that we all love, and just having found a real pocket sonically and visually, five years from now, I can’t say we’re going to be doing the same thing. As music appreciators as well as creators, there’s so much that we still want to do, so we will continue to change. It is a part of the process of being a band and you have to let it happen. And that is a good thing; it’s part of learning and finding out what your identity is.

Being signed with Justin Timberlake is a pretty big deal, but it didn't happen overnight. How did you stay motivated leading up to this point?

Matt: We’ve faced a ton of plateaus in our career and then simultaneously, moments of almost immediate momentum once we’ve hit those plateaus. But right before things happened with Justin, we had sort of come to a point where we wanted to take our career in our own hands. Things had wrapped up with the Indigo Girls, who we were touring with for a number of years, and so in an attempt to retain some momentum, we started doing a cover series on YouTube to try to reach a broader audience. And it really worked – we have people who come up to us at almost every show now that will know us through our covers. So that obviously really motivated us to take it to the next level. And then of course those covers reached Justin, which was a huge accomplishment and pushed us forward. We always try to look at our career as a series of problems that need to be solved and we just keep on moving to the next problem.

Scott: And once Justin got involved, it was easy to stay motivated. Once his name showed up in our email inbox, it was the easiest thing to stay motivated because the stakes got so much higher for us. We knew that everything we’d been doing, we just needed to keep doing more of. We were writing like crazy and we’d send him songs every couple of weeks, demoing them in a converted bedroom in our house in Nashville. We were just constantly recording music, finding new ways to reach people and make music that was better than the song before it.

"Hot Damn!" is great and even has a slight JT vibe to it. How involved has he been as a collaborator?

Adam: It’s actually been pretty incredible. For a long time, actually a few years, we were just writing, recording, demoing and sending over to him and he’d send back notes. He’s a very busy guy, but we finally did get studio time with him in New York this past June and we spent an entire month there. Justin was there every single day with the three of us and a producer out from L.A. named K-Kov. Every single day, it was the five of us in the lab, all equals. He’d hop in the booth and do some crazy percussion, then we’d go in and track some harmonies – everyday it was a new experiment and he was with us the entire time. And I think “Hot Damn!” is probably the song that might sound the most like a Justin Timberlake song, but a lot of the other stuff we have fits in that vein but moves around a bit more. But the energy of “Hot Damn!” was really influenced by Justin and the confidence he instilled in us.

You've proven to be rather versatile musically, in pop and R&B and even country with the Hunter Hayes collaboration. Can we expect more genre-bending in the new material?

Matt: Absolutely for the future. One of the biggest challenges we’ve had to overcome as a band has been being able to take these three voices, because we do have so much interest in so many different genres and musical directions, and funnel it into one direction. I think it’s taken us a long time to learn to do that, so we’re really excited to go down this path right now but then 100% going to try different genres and directions.

Adam: Also, even though we as a band might be going in a certain creative direction, we’d still love at any point to do a collaboration with anyone. Doing the track with Hunter was super cool and we always love and continue to appreciate all kinds of music. We’ve looked up to other artists in the past who have been able to do their thing and also contribute their creativity to other people’s projects, so we really love doing that. ■