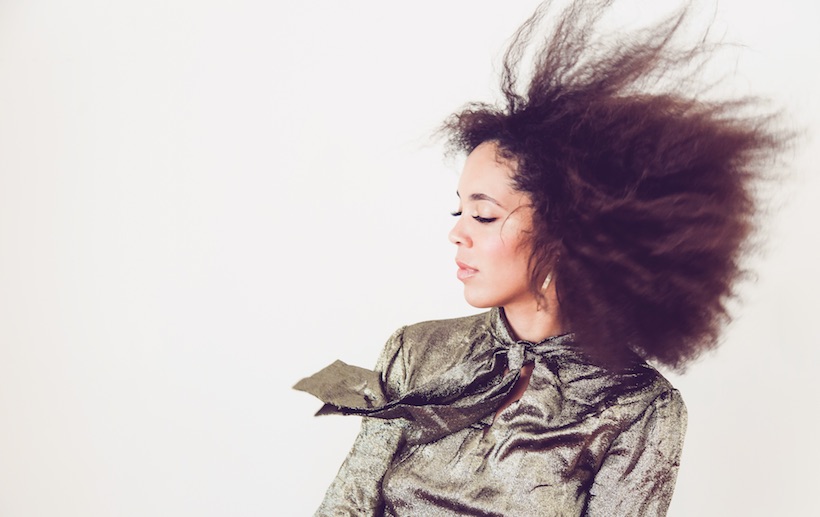 Just weeks after releasing her dazzling new single "Lover Like You," emerging British music maker Rudie Edwards has released a glowing set of visuals for the disco-inspired, very danceable track.

An alum of London's BRIT School (Adele, Amy Winehouse), the singer-producer has written for the likes of CeeLo Green and Erik Hassle, and she signed to Atlantic Records last year. "Lover Like You" serves as the latest preview of her forthcoming debut EP.

She recently spoke with Variance about the new single, the breakup inspiring some of her music, and the path to her first EP.

Check out the video for "Lover Like You" below, followed by our Q+A.

I sort of wanted my voice to sound like a guitar melody. And I just started writing about how sexy this guy was. That was really the inspiration. I just wanted it to be a straightforward, sexy song. I haven’t really got that many sexy songs. It just seemed fun and that’s what I wanted.

Is it different when you write for others? Do you go into a fictional space?

I’ve always written for myself. Since being signed and writing for other artists, I still start off as if I’m writing it for myself. It’s still rather personal. And then you meet with other artists and you get to know them. What they want to write about or what makes them tick. You find out what kind of album or EP or song they want to make. And you mold it to them.

Now you worked on music for artists like CeeLo Green and Erik Hassle. Did you meet up with them or did they just pick up one of your songs?

Most of the time, I’m meeting with them if we’re writing a song from scratch. With CeeLo, I had written part of this song and he heard it and liked it. So then he finished writing the song [“The Glory Games”] with someone else.

With Erik, we spent a lot of time together in L.A. We had a few sessions together, just hanging out. We had one song we performed together live, and so we had a great working relationship. It was kind of easy writing with him.

You mentioned the signing. You’re with Atlantic now. So how did that all work out?

I grew up in a very small town, and when the time came, I just knew I wanted to go somewhere else. So I went to the BRIT. And I loved it. And they have a great relationship with the music industry here in the U.K. So one time when there were some A&R guys there to watch a few of the acts perform, I had a chance to sing. One of them liked my voice and teamed me up with some producers. And then next thing, I was in New York and then I was signed to Atlantic. Honestly, it all seems so random and it doesn’t feel real. Like even this interview. Is it actually happening? It’s crazy.

And it’s not like the BRIT doesn’t have a great track record, with alumni like Adele, Amy Winehouse and Imogen Heap. They win Grammys.

But do you go down that road in your mind? Or is it all about right now?

The crazy thing is, I’ve never thought like that. Even when I was a kid, dancing around my room, listening to Tina Turner and pretending to be her, I didn’t think, “Oh yeah, I’m going to win all those awards and live on a mansion on a hill somewhere!” I wanted to make classic songs. I wanted to write songs people remember, even if it’s long after I’m dead and shit. But that’s what I’ve always wanted, to make music I’m proud of.

And you’re in the process of doing that, right? You have an EP coming?

Yes. I’m ready for it. Part of it has been, which songs are going to be a good introduction? At first I was thinking this was going to be a “Fuck You” EP, because I had been going through this shitty breakup. And I thought, “OK, I’m just going to lay it all out, in the music.”

I had been living in the States and then I came back to the U.K. And my motive changed. I realized I didn’t want a bloody breakup EP. I wanted to make some noise. And so that’s what I’ve done. The songs are statements and they’re very personal. But there’s also humor, because I don’t like to be too depressing. And it’s all kind of synthy, disco-esque.

I don’t know just yet, but I know we’re planning to put out another single after “Lover Like You.” But the plan is to get these songs out as quickly as possible.

Adele returns with gut-wrenching new single 'Easy On Me'

Alexander 23 is missing someone in complicated, infectious new single 'Crash'