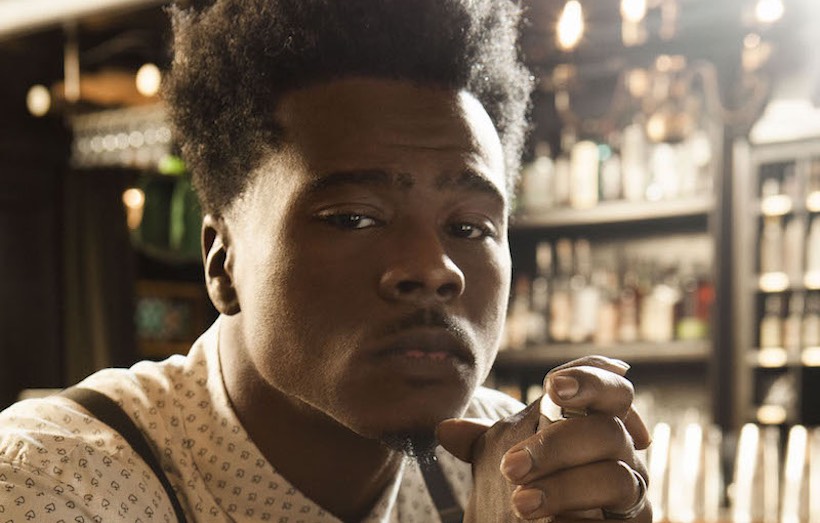 As Cleveland native Earl St. Clair continues his steady rise, the singer-producer has kicked off the new year with quite a bang, releasing his new single "Feeling Alive" and performing on Tuesday's episode of NCIS: New Orleans.

St. Clair, one of Variance's 2017 FutureSounds selections, has written for the likes of Rick Ross and Machine Gun Kelly. And he's produced for a number of pop and hip-hop artists. But he grew up on a more soulful musical diet of Al Green, James Brown and Ray Charles.

We talked to the Def Jam signee about his vibrant new song, his upcoming plans and his confidence in the music he's making, even if may not seem to fit into the familiar boxes of today's music industry.

Read the conversation below, edited for length and clarity, followed by footage of St. Clair's performance on NCIS.

Tell us about the new song, "Feeling Alive."

It’s about doing new things and not being afraid to go and enjoy life. I was at a point where all I did was produce. And my friends were like, ‘You gotta do something else, man. You can’t lock yourself in.' I wanted people to feel like nothing’s going to stop you, nothing can keep you down.

You've worked on a lot of music for others. How does creating music for yourself compare?

It’s actually my favorite way of doing things. You don’t have anyone else to please. When I’m producing for someone else, the beat has to be up to par for what they like. They have to be comfortable with it.

When I’m making my own music, there’s a freedom I have. Working with other artists is great, but I do enjoy that freedom.

How is it that in 2017, given the pop landscape, you’re comfortable putting out this music that might make others hesitate a little bit?

I’m comfortable with myself. And so long as I’m being me, there’s no one else that can do that. I like it all—bluegrass, country, rap, pop, rock. I like to make everything and I don’t like putting limits on myself.

Do you think you're entering the game at the perfect time, considering so many music fans have such eclectic music tastes now?

I do, and the thing is, I’m not the only soul artist. There are several others who are putting out such rich, incredible music. Like Aloe Blacc, Gary Clark Jr., Charles Bradley. And it might not be mainstream, getting airplay on the radio, but more people are hearing it, whether it’s online or at festivals or on an app. But even if it’s not top 40 pop, someone has to take the plunge and make that music and show people there’s a whole world of other genres.

So it’s a risk, but it seems like younger listeners are keeping an open mind.

It’s not just the listeners though. It’s the musicians who have to stay open. That’s why I’m glad to see hip-hop opening up to these different sounds. Because it’s such an ordinary thing to rap. It’s easy. In mainstream music, hip-hop artists are the new rockstars. And there’s nothing wrong with that, but I’m inspired by other music as well and that’s where I see myself at this point.

How did your Bibi Bourelly collaboration “Perfect” come together?

We were in the studio one night and we were listening to music, eating, drinking. And we were having a conversation about sometimes in a relationship the other person will act like they’re perfect, but they’re doing things behind your back. So long as they don’t get caught, they’re good. But as soon as you mess up, you’re the worst person ever. So the song is kind of saying, those imperfections are what make you perfect.

You've said before you think too much music today is disposable. How do you cut through all that?

What are you working on lately? An album?

I’m in the studio everyday, whether or not I have a session set up. I try to always be working. For the album, I’ve got the song with Bibi and I've been working some others—CeeLo [Green], Sleepy Brown ... We're still figuring it out, but I want to get it right.

Watch The Weeknd take over Vegas in video for 'Heartless'

Hear Boys Noize & Francis and the Lights' glitzy collaboration 'Why Not'