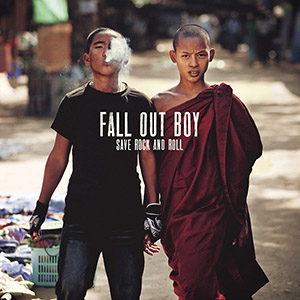 Fall Out Boy is marking the on-sale date for tickets to their upcoming arena tour with a very arena-worthy track, "Young Volcanoes," which the band revealed on Friday. In the new cut, they take a lighter approach compared to "The Phoenix," which was recently unveiled. As the band prepares to perform for larger arena audiences, this cut will certainly fit appropriately on the setlist.

Listen below to the new track, which is likely already being discussed for summer ads.

Save Rock and Roll, the new album from Fall Out Boy, arrives on April 16 after being moved up to a new earlier release. Tickets for the tour are currently available via the band's website.