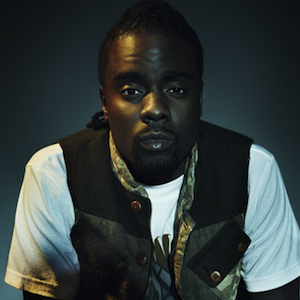 Only a week after President Obama's re-election, his post-win speech now appears on Wale's latest track "Freedom of Speech," which the rapper debuted Wednesday. Opening with chords reminiscent of John Mayer's "Slow Dancing in a Burning Room" before moving into an inspirational set of lyrics that comment on the climate of society, the song proclaims: "I voted once and I prayed three times / you tell me which one means more." Portions of the President's speech run throughout the cut, which is a prelude to a new project Wale also confirmed on Wednesday. Folarin, a combined effort with DJ Clark Kent, will release on Dec. 24.

"Freedom of Speech," although only one track, might also make fans of Wale's earlier music happy as his sound reflects some of his previous work.

Listen to the track below and download it here.