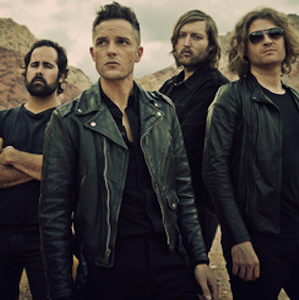 The Killers used a recent day off during their U.K. tour to record their seventh Christmas single "I Feel It in My Bones" featuring Ryan Pardey on vocals. The track, which is a full-on 80s rock anthem, is a sequel to their 2007 track "Don't Shoot Me, Santa." The song is available today for preview in honor of World AIDS Day. The song will release to iTunes on Dec. 4, and all sales from the single will benefit (RED).

Listen to the song via Rolling Stone.