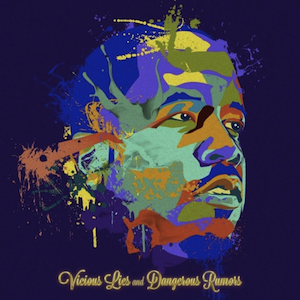 About nine days from next week's release of Vicious Lies and Dangerous Rumors, Big Boi's track "She Hates Me" has surfaced. Kid Cudi makes a guest appearance on the cut, which is included on the highly-anticipated set due out Dec. 11 via Purple Ribbon/Def Jam.

Listen to "She Hates Me" below: