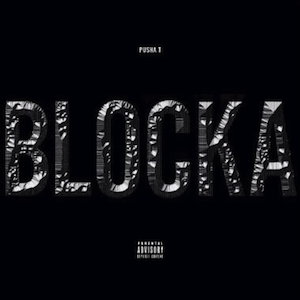 Having just revealed earlier Wednesday that he was bored and was going to let loose a new track later tonight, Pusha T made good on his word less than 24 hours later. The Young Chop-produced track "Blocka" includes some island sounds via Popcaan and an appearance by Push's G.O.O.D. Music mate Travi$ Scott. It is unknown if this new cut will be featured on Pusha T's upcoming mixtape.