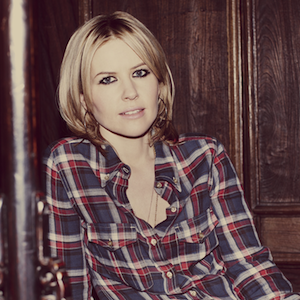 Remember when Dido let Eminem sample her song "Thank You" in what went on to be his mammoth hit single "Stan"? Well, you may have a little bit of déjà vu when you hear the singer's latest single. Dido's fourth studio album Girl Who Got Away is set to release in March, but she is debuting a new cut Friday titled "Let Us Move On" featuring Kendrick Lamar (who is—like Eminem before him—newly signed to Dr. Dre's Aftermath Records).

While a solid track with a great message, does Lamar sound a little like Kanye West to anyone else on his verse?

"Let Us Move On" was produced by Dido and her brother Rollo Armstrong with Jeff Bhasker.