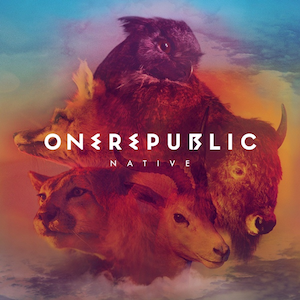 For a behind-the-scenes look at the band recording in Greece click here. “If I Lose Myself” is available for download today.

The Ryan Tedder-fronted outfit previously released “Feel Again,” another song off the album said to be inspired "by the heartbeats of children in remote villages where kids are in need of life-saving care," according to the band. A portion of the proceeds from the sale of “Feel Again” benefitted Save The Children.

Native follows OneRepublic's 2007 debut album Dreaming Out Loud, which included the smash hits “Apologize" and “Stop And Stare,” and their 2009 LP Waking Up.

Listen to "If I Lose Myself" below and buy it here.