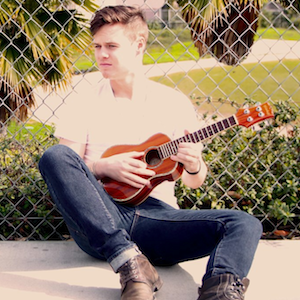 Speaking with Variance at the time of his Dirty Face EP release, the singer-songwriter said of his music: “I’m not interested in doing shock value. The problem with shock value is that, yeah, people might say something about it, but in the long term it doesn’t leave a mark on you. It’s not something that improves your life or adds value. It’s just filling space. Everything I want to do is opposite of that.”

The actor-turned-musician, also the younger brother of Katy Perry, is currently unsigned but he plans to release a proper full-length sometime this year.

"Chained" is available now on iTunes, and it can be heard below: