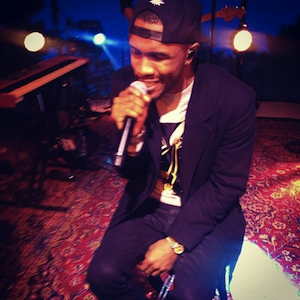 Following a big month for Frank Ocean with wins at the Grammys and Best International Male Artist at the Brits, the channel ORANGE artist revealed that he was "10, 11 songs" into his upcoming sophomore album. "It's another cohesive thing, bordering on a concept record again," he added. In the meantime, a new, previously unreleased track had leaked online. The guitar-featuring song is reportedly one of the tracks that ultimately did not make it onto ORANGE.

Listen to the incredible track below: