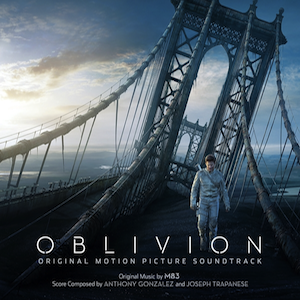 M83's Anthony Gonzalez is getting a chance to do more off his wish list, having contributed alongside composer Joseph Trapanese to Tom Cruise's upcoming post-apocalyptic sci-fi flick, Oblivion. One of the tracks off the soundtrack, "StarWaves," is now available for first listen via Rolling Stone.