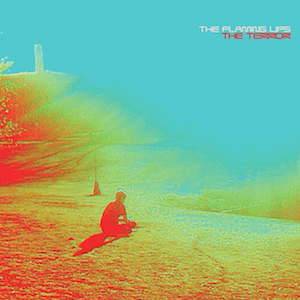 The Flaming Lips' 13th studio album, The Terror, is streaming now in its entirety via NPR. The record officially releases April 16 via Warner Bros.

In our new interview, we discuss the "bleak" new record, the Grammys, Justin Bieber and the band's desire to beat Lady Gaga and be the first act to perform in space. Read it in the new issue.