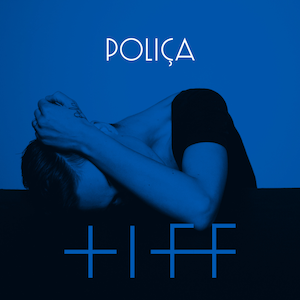 Minneapolis indie R&B act Poliça on Monday released the studio version of a new track they debuted over the weekend at Coachella. The new single, "Tiff," features Bon Iver's Justin Vernon, who performed with the band as they introduced it for the first time.