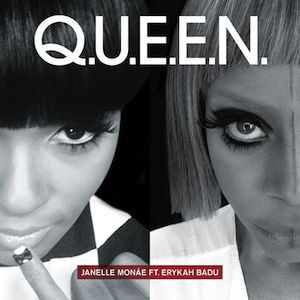 Following a standout two-weekend stint at Coachella, Janelle Monáe kicks off what is expected to be a remarkable summer for the singer with a stunning new single, "Q.U.E.E.N.," featuring Erykah Badu. As we previously reported, the track comes off her forthcoming album, The Electric Lady, which is slated for a summer release.

The single will officially arrive via Atlantic on Monday night at 11:59 EST.