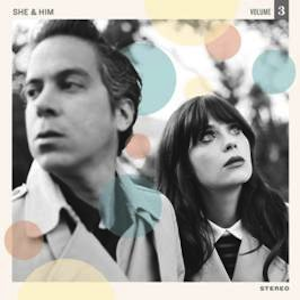 In order to start the week off right, She & Him's new album, Volume 3, is streaming online ahead of its May 7 release. The latest effort from singer-songwriter Zooey Deschanel and guitarist/producer M. Ward can be heard in advance, via NPR.

The set officially arrives next Tuesday on Merge Records.