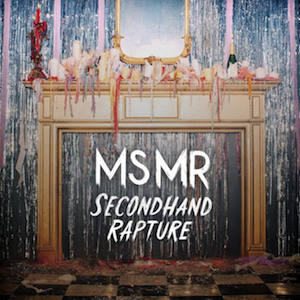 Ahead of next week's release of their debut album, Secondhand Rapture, MS MR is streaming the new set a week early. The electrifying 13-track record can be heard in its entirety below. Don't feel bad if you end up listening multiple times. It's that good.

Pre-order the album here. Secondhand Rapture arrives May 14 via Columbia. Listen to the album below via Hype Machine.