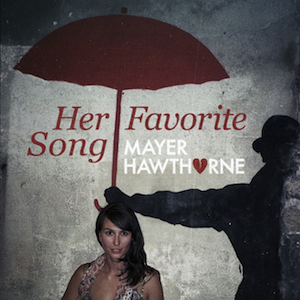 While the single doesn't officially release to retail until May 21, Mayer Hawthorne on Wednesday unveiled "Her Favorite Song," a collaboration with Jessie Ware. The soulful singer is preparing for the release of his new album, Where Does This Door Go, which arrives on July 16. He co-produced his latest effort with Oak of Pop & Oak, in addition to production by Pharrell, Greg Wells and Jack Splash.

Listen to "Her Favorite Song" below: