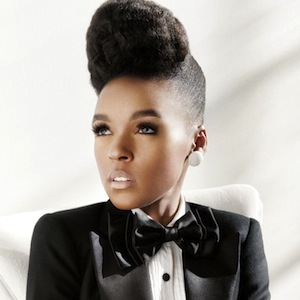 Yes, pop legend Prince has worked with Janelle Monáe on her upcoming album, The Electric Lady, but he apparently didn't stop there. The singer has retooled Ms. Monáe's latest single, "Q.U.E.E.N.," featuring Erykah Badu, putting his own twist on it.

Monáe has previously celebrated Prince as one of her musical icons. The fact that the two have actually been working together is likely to produce some great material. The Electric Lady is expected to be given a late summer/early fall due date, although an exact release date hasn't been provided. A source at Atlantic, however, recently confirmed with us that they are eyeing September.

Listen to Prince's remix below: