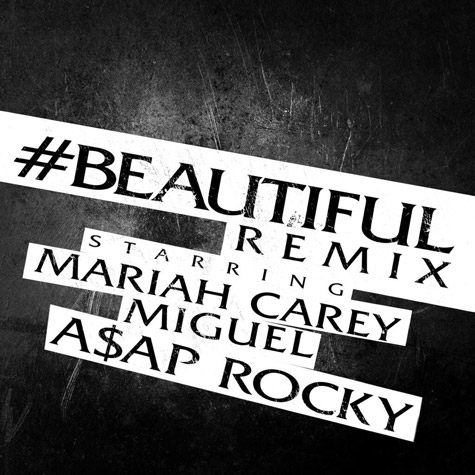 Mariah Carey is not satisfied so far with the performance of her hashtag-sporting single "#Beautiful." The R&B diva, who holds the record for solo artist with most No. 1 songs, was likely expecting her latest track to skyrocket to the top, but it has stalled at No. 15 for the past couple of weeks (new charts will be revealed Thursday). Thus, she has released the first of five new remix versions of the track. A new version featuring A$AP Rocky premiered on Wednesday.

Remixes tend to help songs on the charts, especially those seeking the No. 1 spot, as evidenced in recent years by Katy Perry—whose "E.T." remix, featuring Kanye West, and "Last Friday Night (T.G.I.F.)," featuring Missy Elliott, helped push both tracks to the top of the charts.

A press release on Wednesday revealed that future remixes of Carey's song include "a dance remix, a Spanglish version and collaborations with some of the hottest urban artists around."