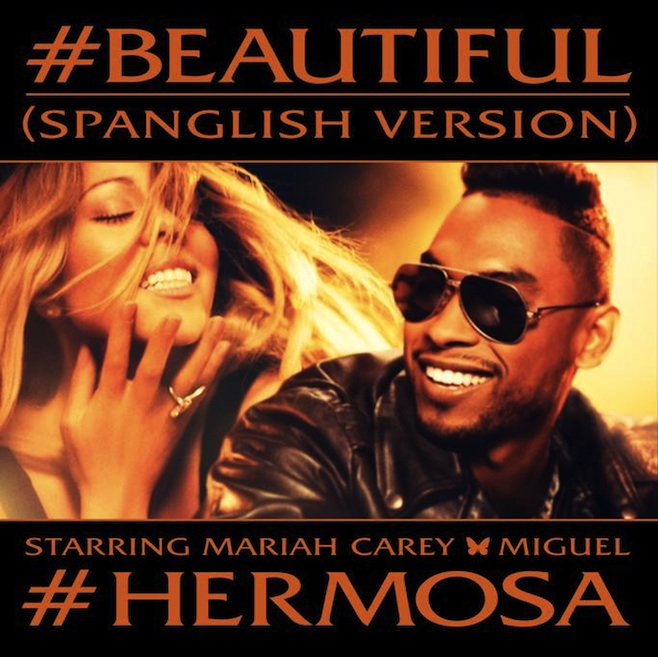 Number two of Mariah Carey's five remixes of "#Beautiful" has arrived. This time, the Miguel-assisted track gets a "Spanglish" reworking and becomes "#Hermosa"—she's not done with hashtags.

As we reported on Wednesday, with the release of the A$AP Rocky remix, the R&B diva and record holder for most No. 1 singles by a solo act, is trying to give her latest single a boost on the charts. After stalling at its peak No. 15 spot, the track dropped on today's new charts to No. 16. This new remix, however, is actually kind of messy to keep up with if you're not well-versed in Spanish. And it's only the second of five.

It's worth noting that Ms. Carey revealed on Tuesday that she was postponing the release of her forthcoming album indefinitely, citing a desire to do the album "justice." If only she weren't making six versions of one song, she might be able to crank out that record a little faster. Perhaps?