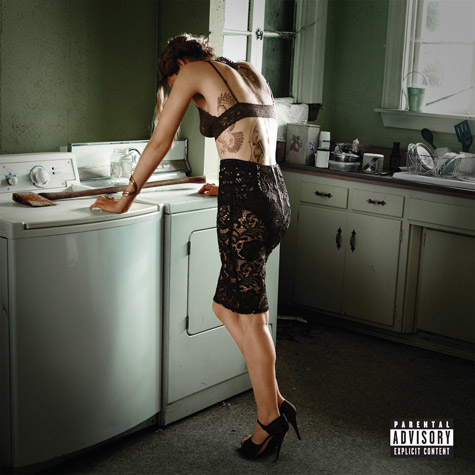 Skylar Grey's major label debut album, Don't Look Down, arrives on Tuesday, but you can hear the opening track now. "Back From the Dead" features rapper Big Sean and Blink-182 drummer Travis Barker.

The album features Angel Haze and Eminem, the latter of whom executive produced the album, in addition to production by Alex Da Kid and J.R. Rotem.

Grey will also hit the road next week in support of the new record, starting in Philadelphia on July 9.