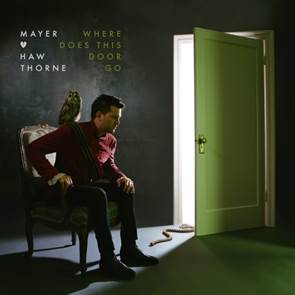 Mayer Hawthorne is back with another phenomenal record, Where Does This Door Go, which releases on July 16 via Republic. But the album is now streaming over at NPR. Although the album showcases plenty of Hawthorne's solo prowess, one track, "Crime," features none other than Kendrick Lamar.

Listen to "Crime" below.