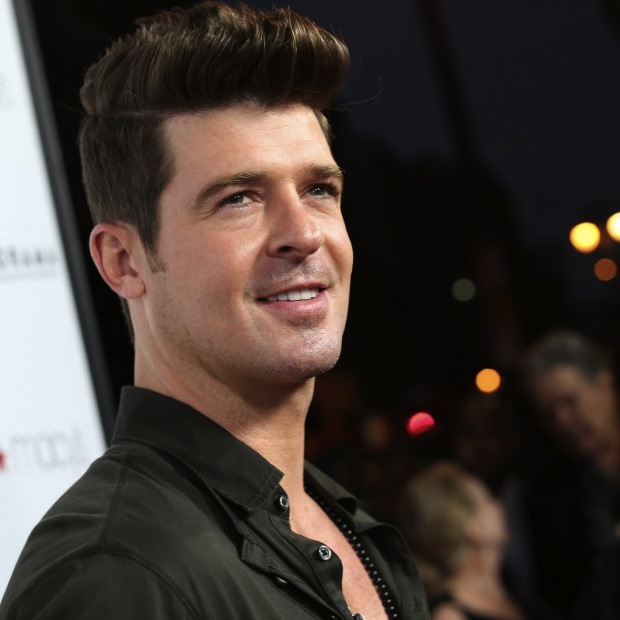 With only days to go until Robin Thicke releases his Blurred Lines album, his team has cranked up the promo. And they're doing an excellent job, we might add. After some upbeat jams, the crooner has released a new ballad, "The Good Life," which is actually the closing track off the forthcoming set.

In the song, he hints that at possible past criticism from his famous father, former Growing Pains actor Alan Thicke: "My father says, 'when will you make it.'"

Listen as Thicke slows it down below: