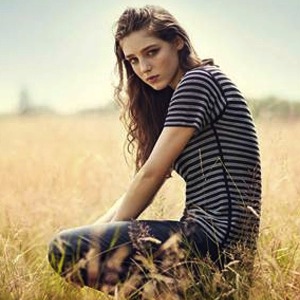 17-year-old British singer-songwriter Birdy has announced that her new album, Fire Within, will finally arrive on Sept. 23 via 14th Floor/Atlantic Records. Her new single "Wings" is now available for streaming below following its premier on BBC Radio 1.

Birdy (born Jasmine van den Bogaerde) said of the record: "It's been an incredible few years since I released my debut album back in 2011. I've been writing new songs and I'm so excited for people to hear them. They come straight from my heart."

The singer has recently been in the studio collaborating with the likes of OneRepublic frontman-producer Ryan Tedder (Adele, Beyoncé, Maroon 5, Ellie Goulding), Dan Wilson (who co-wrote and produced "Someone Like You" for Adele), Rich Costey (Muse, Arctic Monkeys, Sigur Rós) and Ben Lovett from Mumford & Sons, the latter of whom she's collaborated with previously.

Listen to the stunning track "Wings" below, and pre-order Fire Within here.