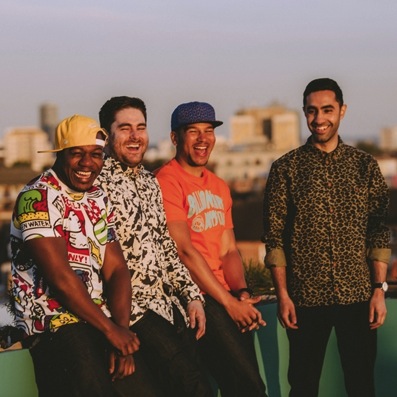 As we previously mentioned, Childish Gambino makes a guest appearance on the remix of U.K. outfit Rudimental's "Feel the Love." The track, which was already one of our favorites, has now received a playful redo by producer Woz with the rapper-actor contributing a new verse.

Rudimental's debut album, Home, arrives in the U.S. on Aug. 6 via Big Beat. The record features John Newman, Emeli Sandé and others.

Ahead of the forthcoming U.S. release, the original "Feel the Love" track has been serviced to mainstream radio. The remix also precedes Gambino's (aka Donald Glover) own yet-to-be-announced new record, tentatively titled Centipede.

Listen to the remix below, via Rolling Stone.