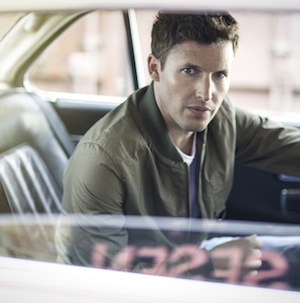 James Blunt on Monday returned with a new track, "Bonfire Heart," which precedes a newly announced record titled Moon Landing. The album arrives Nov. 5 in the United States, although it will be released to a string of other countries throughout the month of October.

The new album was produced by Tom Rothrock (Beck, Moby, Foo Fighters), the same producer who worked with Blunt on his multi-platinum selling debut record, Back to Bedlam, with additional production by Martin Terefe (KT Tunstall, Martha Wainwright, Jason Mraz).

“This is a much more personal album, and also quite back to basics,” said Blunt about the new set. “It’s about me and Tom, the producer, finding where the story all started and where we are now. It’s an album about dreams, longing, first love.”

"Bonfire Heart" is certainly much more of an upbeat earworm than Blunt's breakthrough hits, "You're Beautiful" and "Goodbye, My Lover," but that is a welcome change. Bright and inspiring, the track is worth a listen—and another. Play it below: