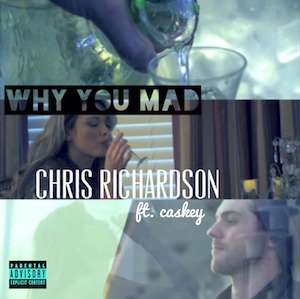 Following his 2007 stint on American Idol, he has worked with the likes of Jason Mraz and Tyga, including the latter's 2011 single "Far Away," which featured Richardson. But he has yet to release a full-length.

Having teased his new single for weeks, its release is an indicator that Richardson is finally moving forward with plans to release a proper record. Although no release date has been provided, he's in good company over at YMCMB, which includes Drake, Nicki Minaj, Lil Wayne, PJ Morton, Busta Rhymes and others.

Take a listen to "Why You Mad" below: