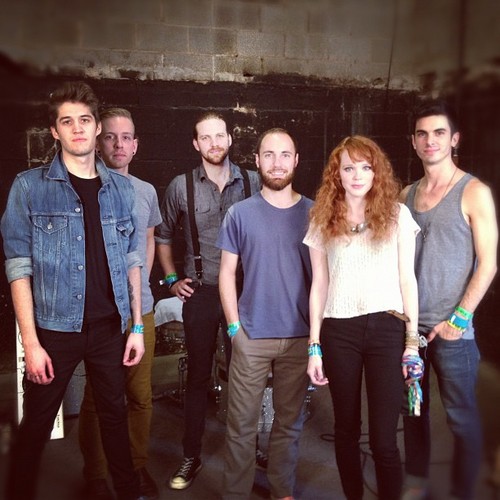 Ahead of the band's forthcoming debut album, Glow, Royal Teeth has announced plans to tour with Said the Whale. In addition to existing tour stops, the New Orleans six-piece will be on the road for the months of August and September.

The news comes as Glow is also streaming early. The album, recorded this past winter in Toronto with producer Gavin Brown (Metric), is a brilliant, refreshing set of jubilant indie-pop songs ready for both summer car rides and rooftop parties. Take a listen below or stream on Pandora.