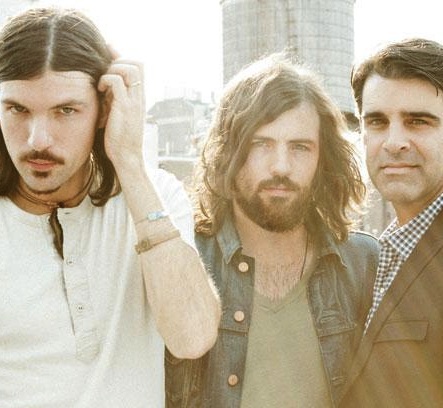 In a surprise announcement Thursday morning, The Avett Brothers have announced a new record due Oct. 15. In anticipation of the newly revealed album, the trio is streaming a new song, "Another is Waiting."

Read part of the letter below:

"It's been one of the most amazing years in our lives up to this point. Not only did we get our first Grammy Award nomination, but we played some of the most incredible shows we've ever done. That's what we really remember. Every night, there was this energy in the air. You could feel it in the gusts of wind or as the stars blanketed the sky. Everybody felt it, and it made each gig simply electric.

We've got to let you in on a little secret because you've been so good to us. While we were working on The Carpenter, we were so inspired that we wrote another record as well. During those sessions, we just felt it. Working with Rick Rubin again, we tapped into something very special. It's like everybody was in the same zone.

Now, we're ready for you to hear the record. It's called Magpie and the Dandelion, and it's out October 15. It's new and being heard for the first time.

If you think about a Magpie, it's a bird from the crow family. You can see them everywhere, and they've got this strange grace. And, we all know what a dandelion is. It reminds you of being a kid and watching a flower come apart on a summer day. There's a youthful wonder in that. Those kinds of feelings live and breathe inside this album."

A new track off the set, "Another is Waiting," is streaming now via NPR.