John Mayer and Katy Perry's 'Who You Love' is Actually Great 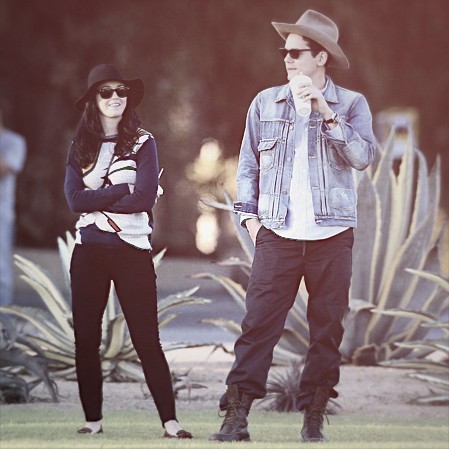 When we first reported that Katy Perry would appear on John Mayer's new album, Paradise Valley, there was certainly some hesitation. One of the greatest musicians of his generation with the girl whose name is synonymous with candy-coated (literally!) pop music?

Sure, they're dating—again. But making music together? Naturally, fans on both sides were hesitant. Then, as we revealed on Monday, Mayer's new set hit iTunes for streaming. The response to the couple's "Who You Love" track was mixed, especially given the fact that the album also features the celebrated Frank Ocean, who featured Mayer on his own Channel Orange album.

After having some time to let it simmer, it may be time to give this round to Perry. Yes, Ocean's vocals are flawless on the brief clip of poetic audio titled "Wildfire." But in this instance, the lyrics are kind of empty and they feel somewhat forced. Although the Mayer-Perry cut may not win any GRAMMYs, it sounds unexpectedly authentic. It's nothing fancy, but still feels every bit like a John Mayer song, while displaying the "Roar" singer's worthy vocal abilities.

Speaking of "Roar," Perry's own new single is actually pretty solid as well. Yes, it's still pop. But let's be clear: There's nothing wrong with "pop." We need good pop records. And perhaps now that she's ditched the blue wig, this new Katy Perry "era" may be her best one yet.

Paradise Valley arrives on Aug. 20. It is streaming now on iTunes.