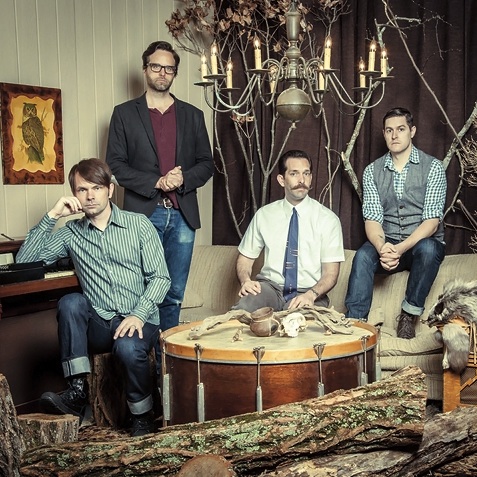 Jars of Clay, known to many as a "Christian band," have ditched their past—and their label—with the upcoming new album, Inland.

The rock outfit departs from its church youth group-friendly days, showcasing a raw, new sound on their first album on its own Gray Matters label. The group also recruited celebrated producer Martine (My Morning Jacket, The Decemberists) for the album, which was recorded in Portland.

"Perhaps the best part of making this record was the kind of atmosphere around the studio, it drew us together and pushed us to see our music making as a place of surprises and mystery," frontman Dan Haseline told Billboard. "It felt like we were making a record for the first time."

Inland officially arrives next Tuesday (Aug. 27). It is streaming in its entirety via exclusive advance thanks to the folks at Billboard.