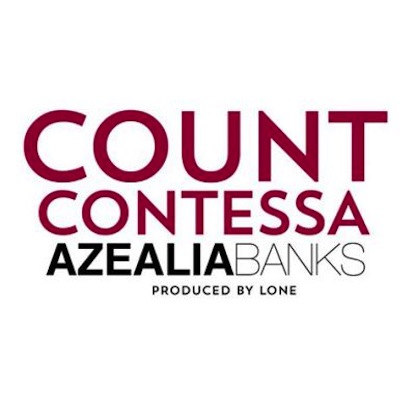 Her debut album, Broke With Expensive Taste, appears to (finally) be due early next year, and now Azealia Banks is offering a new track.

Interestingly, this new song, titled "Count Contessa," isn't likely to appear on the singer's first record. Instead, it comes off a second Banks record, Fantasea II: The Second Wave, which is already in the works and planned for a July 2014 release. (Meanwhile, her first album has no release date.)

Listen to "Count Contessa" below. The track is produced by Lone and according to Banks, it's "about a woman with with a man's physical strength. Like literally."

In the meantime, back to Broke With Expensive Taste, the singer also confirmed Monday that her Pharrell collboration "ATM JAM," will have a video soon.