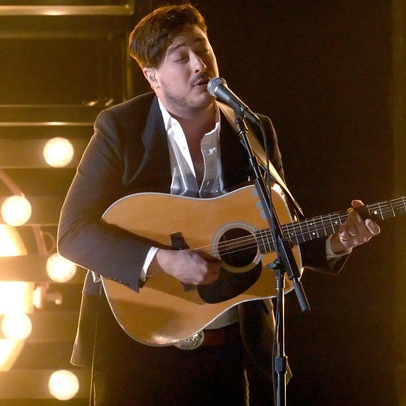 Ahead of the Dec. 6 release of the Coen brothers' new film project, Inside Llewyn Davis, a new song off the forthcoming soundtrack has arrived.

Slated to include contributions from Justin Timberlake and Bob Dylan, among others, the soundtrack also includes a song from Marcus Mumford and Oscar Isaac, who appears in the movie. The latter pair's collaboration, "Fare Thee Well (Dink's Song)" can now be heard below.

The soundtrack is executive produced by T Bone Burnett and Mumford.

And as we previously mentioned, don't forget to ignore all that hysteria about Mumford & Sons going on "hiatus." Unlike some hype-driven reports, nothing the band has said should lead any logically thinking person to believe the band is breaking up, "pulling a Civil Wars" or doing anything crazy. They're resting.

In the meantime, enjoy this tune: