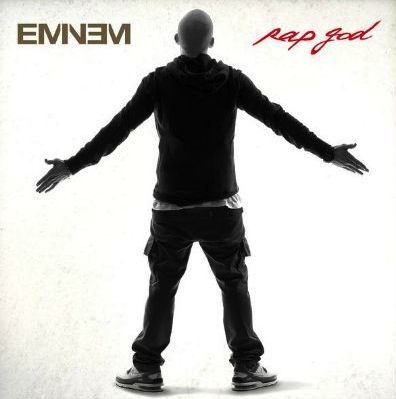 For your Monday, a brand new track from Eminem.

"Rap God" comes from the Detroit rapper's forthcoming The Marshall Mathers LP 2, which arrives Nov. 5. It was produced by DVLP, co-produced by Filthy.

Highlighting the length of his career (with a Bill Clinton-Monica Lewinsky reference), the new cut is an aggressive, fiery track, which ultimately proclaims of Em's status among his fellow MCs: "Why be a king when you could be a god?"

The song will arrive on iTunes Monday night, but you can take a listen below: