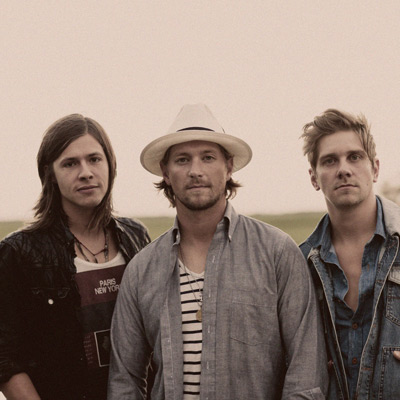 Following news that NEEDTOBREATHE will release their new album on April 15, the Southern rock outfit has debuted a brand new track off the set.

As we previously reported, a new song was expected to arrive this month. And it has. "The Heart" premiered on Monday, and the band also explained some of the background for the new record, which was recorded at Los Angeles' Sound City Studios, Nashville's Backbird Studios and the band's Charleston lab Plantation Studios.

“We had a few goals as a band for the album,” said frontman Bear Rinehart regarding the record. “I had them written in my notebook while I was writing songs. They were really basic: Keep it simple, not too many instruments, and have fun with it. And the last one was be ourselves.”

Brother and guitarist Bo went on to explain that the band ditched "much of the production elements" and instead opted not "rely on extra stuff and studio tricks and technology ... Probably 90 percent of the record is all live takes. It’s very much an honest record.”

Rivers in the Wasteland arrives April 15 via Atlantic. Listen to the new track below (via Paste).