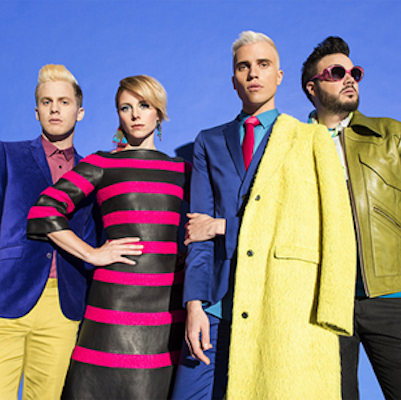 Having wrapped their most recent tour only last summer, Neon Trees isn't taking much down time.

The band has released the first single off its forthcoming new album, Pop Psychology, which will release April 22 on Island Records. It's their third studio effort following 2012's Picture Show, which spawned multiple hit singles and a tour with Maroon 5.

The new song, "Sleeping with a Friend," is softer than some of the band's previous hits, but it's arguably radio-ready.

“The album is so special to me personally because it basically started from a place where I was broken and uninterested in anything to do with music," said Tyler Glenn in a press release. "I had reached a breaking point. For me this record is a celebration, a cry for help, an admission of self-doubt, and a revelation of self-acceptance. At the very least, it’s a pop record, and to me the purest example of the sound of Neon Trees.”