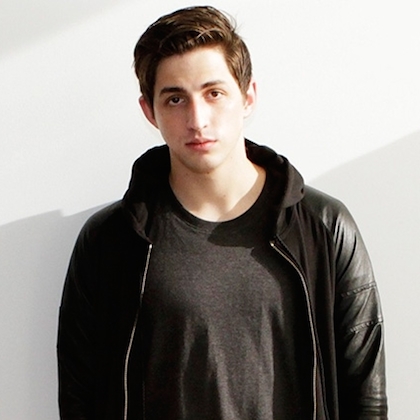 Porter Robinson has revealed a fresh new track off his forthcoming album in the form of "Sea of Voices."

The beautiful new cut precedes his upcoming set, Worlds, which is expected later this year. It is one of our 40 Albums to Watch for in 2014.

Along with the stunning song, Robinson took to Twitter to provide a range of context and a look into his thought process over the past few years, including the fact that he almost quit making music under his current "alias," having had several anxiety attacks onstage because he felt like a "fraud."

"The fucking watershed moment in writing Worlds was when i realized that I idn't have to write songs for DJs," he admitted in a series of tweets. "I realized that my need to be honest with myself and with you was greater than my need to be famous or whatever... Years ago, I realized that I wanted to write an album that focused on beauty above all else. The feeling of hugeness and gorgeousness and vastness and beauty is what I fucking live for. It is my favorite thing in the world."

Listen to "Sea of Voices" below.