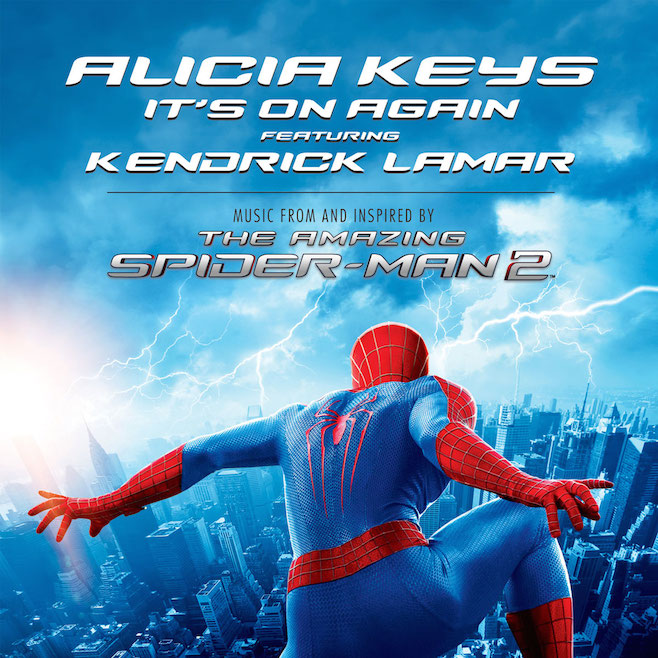 Alicia Keys has shared her new track "It's On Again," featuring Kendrick Lamar, a Pharrell-produced cut written exclusively for the new film, The Amazing Spider-Man 2.

The film will be scored by by Hans Zimmer, Pharrell, Johnny Marr, Incubus' Mike Einziger, Junkie XL and others. Meanwhile, the soundtrack includes additional music from Pharrell, The Neighbourhood, Phosphorescent and others.

While the film arrives on May 2, the soundtrack releases April 22. "Again" will be available for purchase on Tuesday.

Listen to "It's On Again" below.