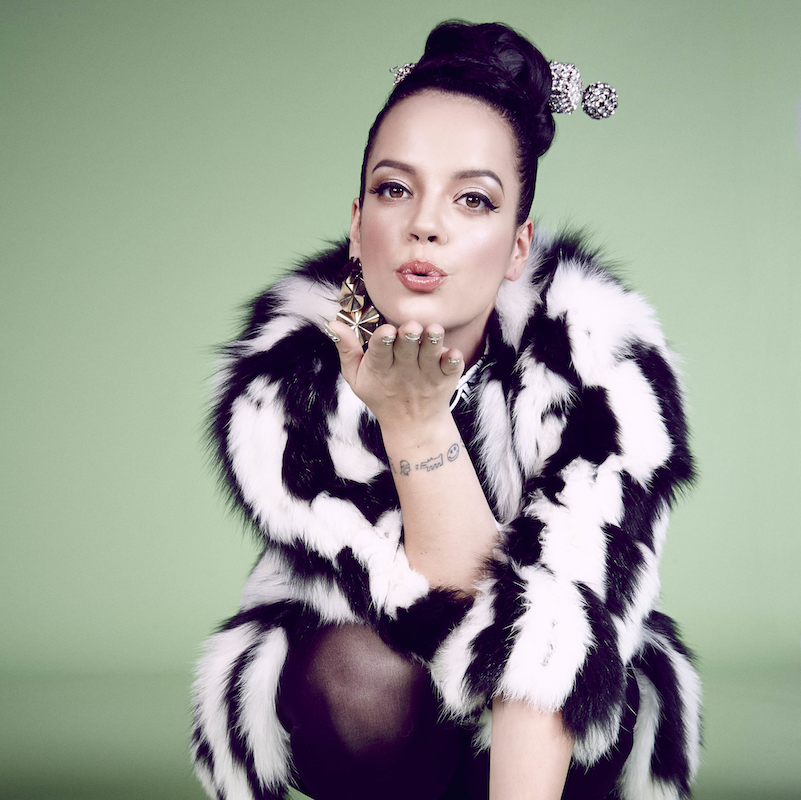 A new Lily Allen song has surfaced, and it's on fire.

The bold new cut is the title track off the British singer's forthcoming album, Sheezus, which is due May 5 on Warner Bros. It sees Allen taking a cue from the hip-hop game and dropping the names of some of her female peers in pop music—including Rihanna, Katy Perry, Lady Gaga and Lorde—to suggest there is in fact a pop "crown," despite many female artists frequently denying the idea of competition.

"Second best will never cut it for the divas," Allen proclaims in the lyrics. "Give me that crown, bitch. I want to be Sheezus."

At least one outlet has also suggested the "leak" may be courtesy of Allen herself, considering the singer's recent complaints about her label pushing "the more beige, saccharine elements" of the album instead of tracks like "Sheezus."

Update: Lily Allen has released the official video for "Sheezus." See it below.