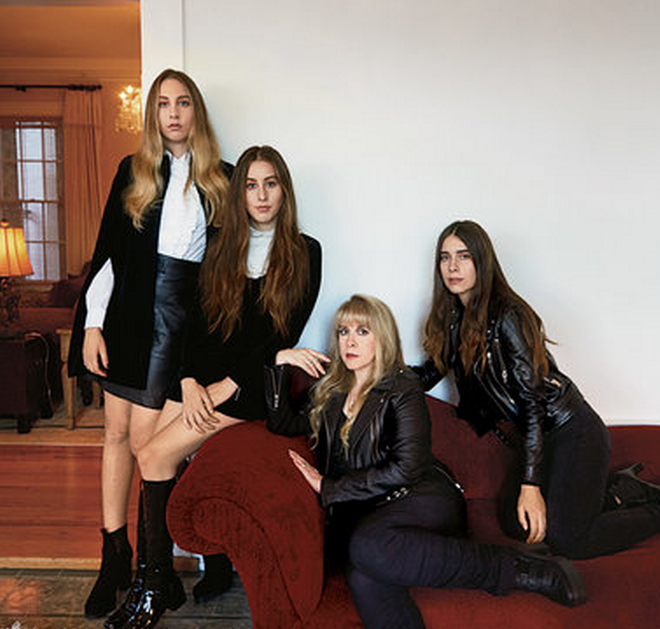 As part of a new joint interview with Stevie Nicks and the trio that is HAIM, the four also performed an acoustic rendition of Fleetwood Mac's "Rhiannon."

It's kind of a glorious moment, which happened to take place entirely at Nicks' own home.

The full clip can be heard below as a raw recording (via The New York Times' T Magazine).