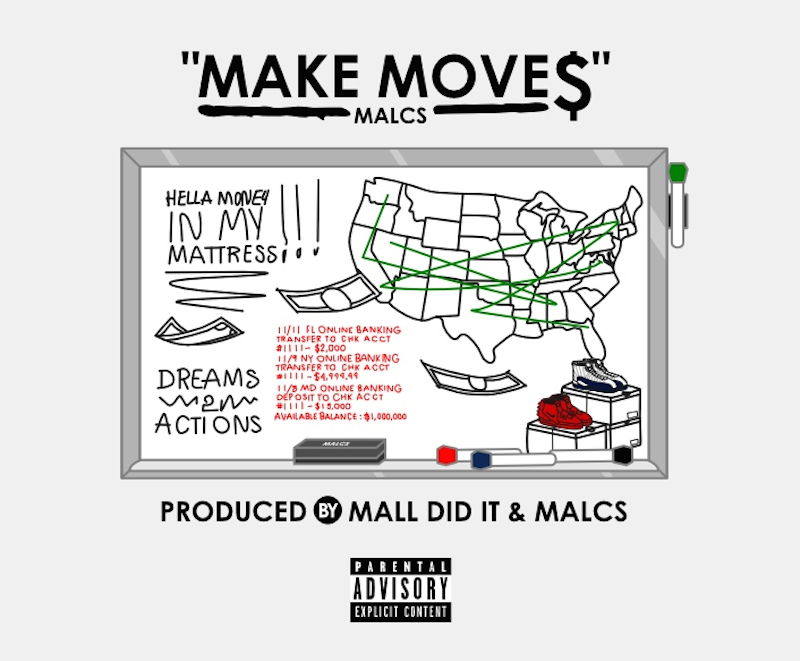 Rising Maryland rapper Malcs has shared a new single in the form of "Make Moves."

Following his debut mixtape, The Project, which arrived earlier this year, the MC is aiming to give fans a look into his daily life with this fiery new cut.

Listen to the track, which Malcs co-produced with Mall Did It, below.