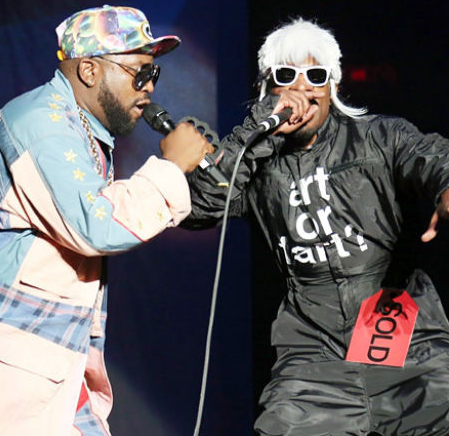 On hand to lend some sugar—even if it was just to dance onstage—was fellow ATLien Janelle Monáe, who first appeared with the duo during their set at Coachella in April.