Fall Out Boy's 'Save Rock and Roll' Soars to No. 1 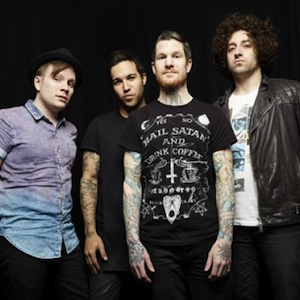 Following a seemingly unexpected reunion and a string of performances in recent weeks, Fall Out Boy's comeback album Save Rock and Roll has been well-received by fans and critics alike. Further proof of its success arrives on Wednesday, as it debuts at No. 1 on Billboard, ahead of Kid Cudi's Indicud.

Save Rock and Roll sold 154,000 copies in its first week, according to Nielsen SoundScan, while Indicud hit 136,000. The two were previously expected to compete narrowly for the top spot, but in the end, the numbers (and probably word of mouth) were in Fall Out Boy's favor. Cudi, who has had a shaky label relationship, is looking to move past recent lackluster offerings and perhaps prove staying power, but Indicud came up short in many critics' opinions.

Both albums have a lofty list of guest appearances: Elton John, Courtney Love and Big Sean among F.O.B.'s collaborations; Kendrick Lamar, Haim and Michael Bolton appear on Cudi's set. It remains to be seen the longterm results for each album, but as for these two acts each setting to prove their own timelessness, it appears Fall Out Boy is achieving its goal.

Elsewhere in this week's debuts, Yeah Yeah Yeahs obtained their first top 10 with Mosquito, which sold 38,000 copies and bows this week at No. 5. Although a great achievement for the band, it is most definitely the more underrated of this past week's new albums.