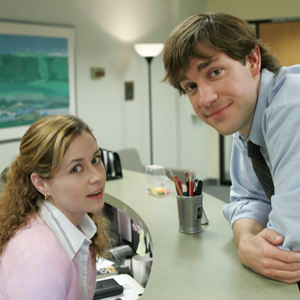 As fans await Thursday's premiere of the final season of The Office, NBC got a little help from The Lumineers in their latest promo which highlights the couple at show's epicenter--Jim and Pam. The track "Ho Hey" has developed quite the buzz for the band, as the song was recently used in the new Bing commercial.

Watch the music video for "Ho Hey," which includes to entire song: